I am testing my 24 keys keyboard layout on Moonlander. And I think it's time to consider buying a new "DIY" split keyboard. Below is my current preference.

Ben Vallack's this video gave me a clue. For go to https://github.com/davidphilipbarr/Sweep. And here is the PCB of the Sweep Bling LP.

Then you see the file lists included in the "sweepbling-lp__pcb.kicad_pro" file (the "pro" is a project file?) from the KiCad. 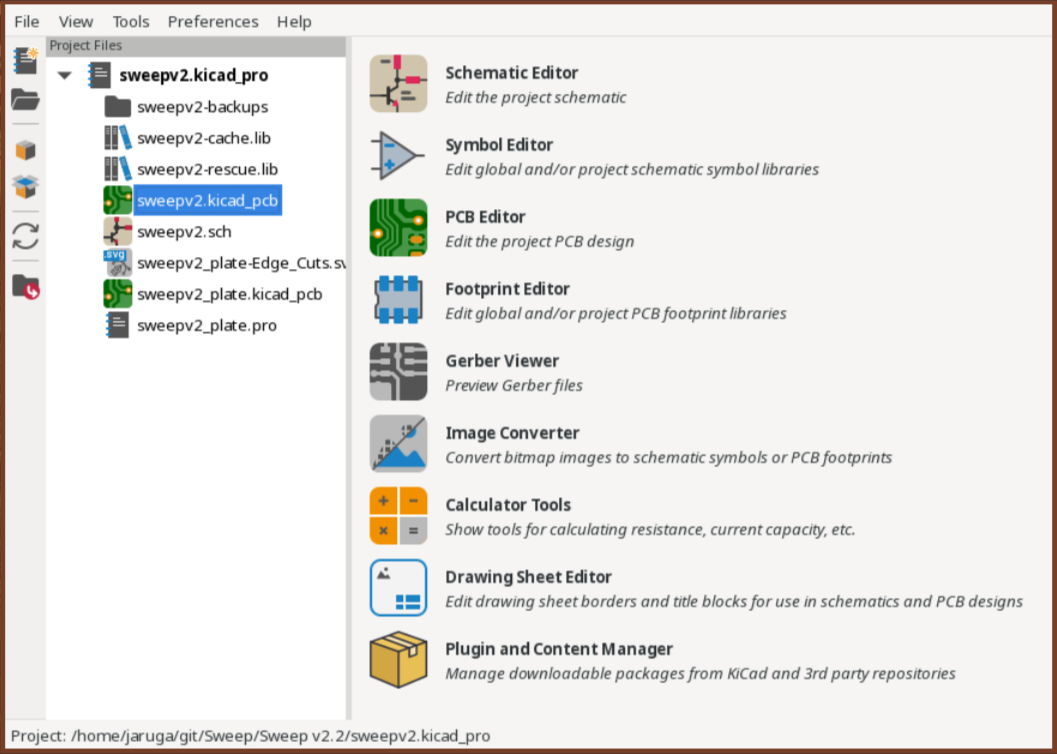 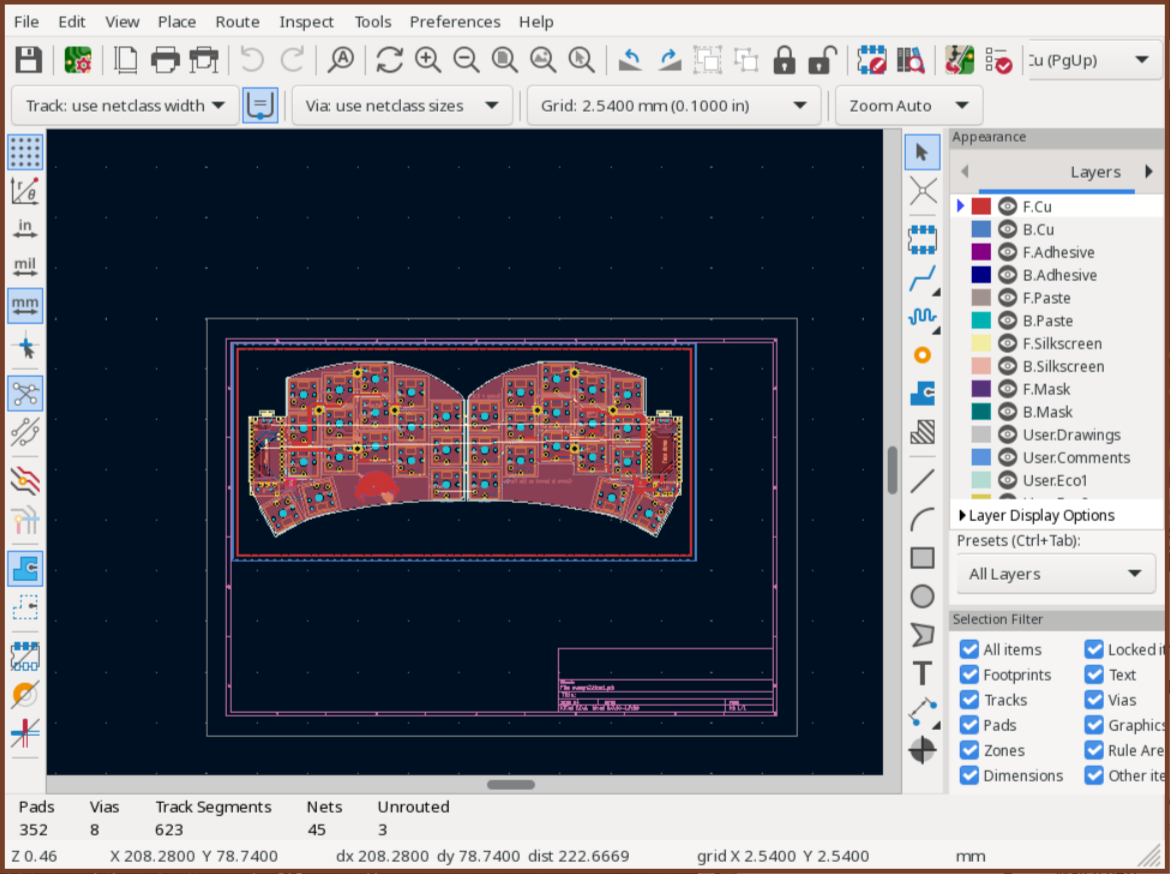 For the PCB manufacturers I can upload the CAD file, JLCPCB and PCBWay were introduced by the video above and a split keyboard community.

I still have no idea about how to edit to update with the 24 keys. :)

An incentivized system in academia

Recently I learned Goodharts law by this article. If an incentivized system measures or evaluates people by strong force using something to achieve a goal, the something tends to be the goal itself. The overridden new goal can prevent the original goal from being completed.

I might see this case in academia. In academia, scientists are rewarded for the amount and quality of the paper. And if they also have pressure from the competition, they may want to maximize their outcome. And when they want to include their contributions to the third person's "dependent" open source projects in their own paper, the thriving open-source ecosystem is challenged.

Perhaps, I may be able to enjoy healthcare and biology more outside a place where rewards happen. It's like communicating with people on scientific' Youtube videos, blog articles, healthcare/bio-tech products, or services. It is not inside academia but around academia. Or may I be able to find scientists who don't need to follow the incentives and rewards for some reason?

A game-changer in bio-tech

I feel that I am too impatient to do something as scientists do. Checking how hypothesis A is likely to be true is too complicated and difficult for me. I am rather happy with "it just works", like an engineer.

I think if there will be a game changer such as a device or application or idea, it has a factor of intuitive "fun" that everyone, both non-experts, and experts in biology can experience and share the feeling.

In bio-tech, for example, FreeStyle Libre, the real-time glucose monitoring system is fun when seeing the cause-and-effect between foods and numbers. Direct consumer DNA test such as Nebula Genomics is also likely to be fun. The company recently asked users if users want a test to measure biological aging by checking the epigenetic clock. Yes, I answered, "I am interested in it". A game changer that makes biology for everyone may come in the areas of direct consumer tests in the industry in the future.